I never had a phase in my life where inner clarity was so strong, and decision-making not a pain; now is that time! And as a consequence of that lucid awareness, I have abandoned all plans to repatriate to Europe, in order to settle in Italy or Spain. And I am orienting myself toward China.

I expressed it once in a personal video back in 2001, after my mother had died the year before, that I wanted to learn Chinese and later settle in China. I motivated with ‘the Innocence of China’ compared to the ‘Vice of Western Culture. (Of course a rather subjective impression and perhaps totally not true, but I feel it intuitively so strongly that my rational mind cannot defeat it).

And I did start learning Chinese … so it’s now 20 years down the road and yet … I am still at beginner’s level. Here is my study course, or a part of it, it is with the ASSIMIL method, the intuitive method as it is called.

And yet … for so long I did not realize my ambition, still involved at that time in doing corporate training and building a villa property in Bali. Then came Cambodia, and Thailand. And while living thus in Asia since the 1990s, I have traveled to China only once, back in 2007, and with gout in my right foot that was so painful that I could not leave my hotel in Shanghai even once. It was all totally crazy. I had traveled there to start a new corporate training career in China and approached the German GM of the hotel, the HILTON Shanghai. He almost laughed at me, telling me to give up that dream and be more realistic …

It is only now that I am ready, I feel. I have lost all illusions both about Europe and China (and the USA of course), and see the close-by rather than the distant. China is in my heart, and this on a daily basis!

I cannot explain rationally my love for China, and the Chinese language, it is totally intuitive and spontaneous. I have a feeling of great wellbeing when listening to China and practicing Chinese. The language even has a vitalizing effect on me, it is as if it gave me ch’i, vital energy. Well, it is interesting that I am feeling this, as I came across some ideas of Chinese authors in this respect. One wrote that the Chinese language indeed contains ch’i which when you speak the language, enters your vital system and revitalizes you. This is perhaps the secret why calligraphy masters in China get so old and live basically without major diseases.

Two things came in my way, and it is obviously up to me to see them either as obstacles, or as ‘catalyzers’ of standing power and perseverance. It is Covid-19 and my lymph edema. I am suffering from this hard swelling of legs and feet since more than a year and stay in bed on a daily basis ever since. Changes in diet had no effect at all, taking diuretics either as pills or in the form of fruits had no effect either. I mean it does make me urinate a lot more, but that has no effect upon the swelling.

With Covid-19 we will see … I have no final opinion … see my research blog:

So patience is needed here, and it is vital for me eventually in the second part of my life to develop standing power, which was never before one of my characteristics. I would go as far as saying that I used to have a weak character, always putting myself behind when it went to expand on the personal and social arena. Thus, this kind of single-mindedness of which I have made a start about a year ago—interestingly coinciding in timing with my illness—is a good new start for developing character strength and what is called a ‘direction’ in life.

During the meals I alway listen to TANG POETRY which are two CDs that I love since many years. I do not understand a word of this old Chinese, but that does not impede me from appreciating the poetic content, and the wonderful sound of the Chinese language, also the beautiful Zhen music in the background. I have been sharing it now on Audiomack: 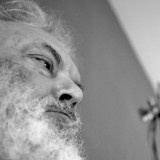